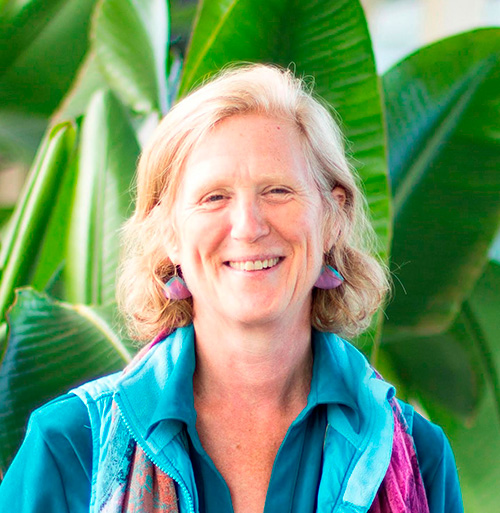 What Do We Do When the Lifeboats are Burning? Songs and Stories for a Changing World

Libby has collaborated with author/activist/teacher Kathleen Dean Moore and author/botanist/professor Robin Kimmerer in musical/spoken word performances designed to inspire action to protect our world in a time of climate change.

Songs for Social and Environmental Change (with Carrie Newcomer)

Libby and midwestern singer/songwriter Carrie Newcomer collaborated on a concert and workshops exploring the ways in which songs can inspire and support social and environmental change. For the Spring Creek Project for Ideas, Nature, and the Written Word in Corvallis, Oregon.

Libby’s song “How Could Anyone” is the theme for an inspirational gospel music program for teenagers in Harlem called “Gospel for Teens.”

In 2005, the CNN global news show “Anderson Cooper 360” did a feature piece on Libby and the global healing impact of “How Could Anyone.”

“How Could Anyone” was part of a Canadian documentary entitled “Embracing Bob’s Killer” on CBC in 2007. The film follows a woman whose husband was brutally murdered and the young man who killed him as they travel around Canada speaking about forgiveness and reconciliation. The song was sung to the pair by the Gettin’ Higher Choir of Vancouver, B.C., at a restorative justice program in a Canadian prison.

…in the Associated Press

In October 2005, the Associated Press released a story about the global impact of “How Could Anyone” that was picked up by everyone from the New York Times to ABC News to the Hindustan Times.

Libby served as designer and facilitator for a faculty development project on engaging controversial topics in higher education classrooms described in this book. Free online at www.difficultdialoguesuaa.org.

Libby has been working with faculty at the University of the Free State in South Africa on best practices for introducing controversial topics into the classroom. She also conducts workshops on Difficult Dialogues for faculty across the U.S.

Libby and Aleut leader Ilarion (Larry) Merculieff co-authored this 2013 book outlining an innovative project to integrate indigenous ways of teaching and learning into university classrooms. A limited number of hard copies are available through the University of Alaska Anchorage:john.dede@uaa.alaska.edu.

Libby’s unrecorded song “Winter Wheat” helped inspire Moral Ground: Ethical Action for a Planet in Peril, edited by Kathleen Dean Moore and Michael Nelson and published by Trinity University Press. The book contains contributions from 80 of the world’s moral leaders — from the Pope to Obama to a 12-year old girl from Vancouver, B.C. — arguing on behalf of our obligations to future generations in a time of climate change: moralground.com/about.

“Dig Down Deep” on Mars

Those of you who’ve always considered Libby to be “way out there” received confirmation in March 2004 when NASA played her song “Dig Down Deep” on Mars. The song, performed by a band from Baltimore called Hot Soup, was broadcast by NASA engineers to encourage the robot “Spirit” to dig a trench on the red planet to uncover ancient geological information and signs of water.

In October 2005, Libby was presented with a citation from the Alaska legislature honoring her work as an international activist and artist.

Some of you noticed Libby in the audience on the October 26, 2010 Rachel Maddow show (on MSNBC) broadcast from a local bar/cafe in Anchorage Alaska. (Yes, that’s Libby in the green jacket!) Rachel was covering the insane Alaska race for U.S. Senate, and did a live broadcast with a room full of Alaskan progressives. A friend invited Libby at the last minute, so she spent the evening trading seats with Tank Jones, the bodyguard for Sarah Palin’s “almost” son-in-law Levi Johnston (and Rachel’s temporary security force while in Anchorage). Fun! You can see the show in the archives at msnbc.com.