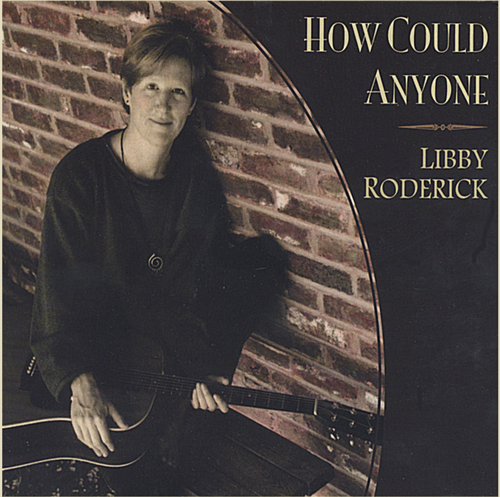 Written in 1988, this simple song spread like wildfire to become an internationally beloved anthem of hope and healing, deeply touching the hearts of hundreds of thousands of people around the world.  Libby originally recorded “How Could Anyone” on the CD If You See a Dream in 1990.  Since then, the song has been featured on CNN’s Anderson Cooper 360, highlighted on a CBS 60 Minutes special on teens at risk, written about in newspapers ranging from the New York Times to the Hindustani Times, translated into many languages, reprinted in numerous books (including Hometown by Pulitzer Prize winner Tracy Kidder), used in movies, and sung at the UN Conference in Beijing by thousands, among many other uses.

It has been used for every conceivable purpose to bring inspiration and affirmation to people struggling with every imaginable challenge and to celebrate the beauty of human beings everywhere: AIDS orphans in Zambia keeping their spirits high, Latina mothers initiating their daughters into adulthood, gay activists affirming their inherent worth, children with disabilities at summer camp honoring their wholeness, Japanese women and girls recovering from eating disorders, men in prison making peace with their pasts – these groups and thousands more have made the song their own and used it to inspire powerful action on behalf of our shared humanity. It has been featured in every format and venue, from videos, films and slide shows to hospitals, prisons, kindergartens, marches, peace gatherings, weddings, funerals and shelters.  Princess Diana even wore a t-shirt with the lyrics to work out at the gym!